Weissport is a borough in Carbon County, Pennsylvania

Weissport is on the east side of the Lehigh River, directly across the river from Lehighton. The town was once the site of Fort Allen, a frontier stronghold and sanctuary built by Benjamin Franklin during the French and Indian Wars (1754-1763). Its original name of New Gnadenhuetten (“new cabins of peace”) was given to it by Moravian settlers in the 1760s. 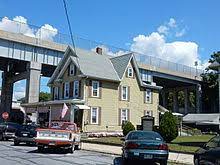 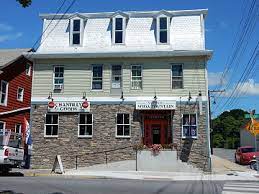 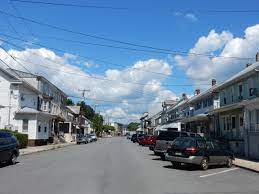 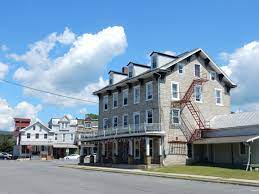 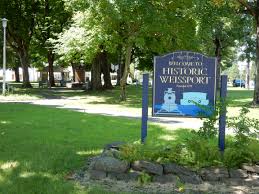 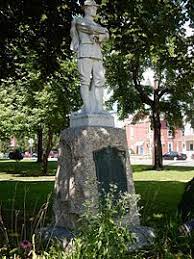 Weissport is a borough in Carbon County, Pennsylvania, United States. It is considered part of the Lehigh Valley region of the state. As of the 2010 census it had a population of 412.

History
The town was founded in 1792 by Col. Jacob Weiss.[4] The area was located between Lehighton, Parryville, and Longrun. Soon after, the town itself was established and the first wooden bridge over the river to the town was built in 1805, along with the first post office, taverns, banks, and stores all by 1812.[5] Within its first twenty years the town was established as a vital part of the canal industry, specializing in the restoration, building, and repairing of boats along the Lehigh Canal which ran parallel to the Lehigh River. By 1832, Lewis Weiss[6] began building boats for the Lehigh Coal and Navigation Company and the Morris Canal & Banking Company.

Geography
Weissport is located in southern Carbon County at 40°49′45″N 75°42′3″W (40.829105, -75.700817). It is on the east side of the Lehigh River, situated on low ground between the river and the former Lehigh Canal. To the west, across the river, is the much larger borough of Lehighton. Weissport was a central hub during the Lehigh Coal and Navigation Canal era. The town served as the only boat building and repair facility along the Lehigh Canal. Today, the Lehigh Canal Park is a gem of nature and history for residents and visitors alike. The town is one of the cultural and historic resources along the Delaware and Lehigh National Heritage Corridor.

U.S. Route 209 passes through Weissport, leading west into Lehighton and east 2 miles (3 km) to Interstate 476, the Northeast Extension of the Pennsylvania Turnpike. I-476 leads north 45 miles (72 km) to Scranton and south 25 miles (40 km) to the Allentown area.

There were 176 households, out of which 29.0% had children under the age of 18 living with them, 42.0% were married couples living together, 13.6% had a female householder with no husband present, and 39.2% were non-families. 31.3% of all households were made up of individuals, and 9.1% had someone living alone who was 65 years of age or older. The average household size was 2.47 and the average family size was 3.12.