Summit Hill is a borough in Carbon County, Pennsylvania

Summit Hill was a town born from the discovery of coal. In 1791 a hunter, Philip Ginter, discovered coal on Sharpe Mountain. He was not the first to find this 'stone coal', anthracite, but this find led directly to the formation of the anthracite industry. In 1820, the first shipment of coal was shipped to Philadelphia, via the Lehigh and Delaware rivers. Because there was a boycott on English coal, stemming from the War of 1812, this proved to be the beginning of the Industrial Revolution. In the mid 1820s, five houses were built, including the the first two story house. 10 years later, Lehigh Coal and Navigation began to build houses for the employees and Summit Hill began to look like a town. By 1850, lots were being sold to individuals and the first coal breaker was built. In the mid 1870s, the charter for the Diligence Fire Company was drawn, street lights were installed, the Water Company was incorporated, and the Switchback, being needed less and less for coal hauling, began carrying passengers for the 18 mile round trip between Mauch Chunk and Summit Hill. In 1889, after being part of Mauch Chuck Township, Summit Hill became incorporated on January 14 as a borough. 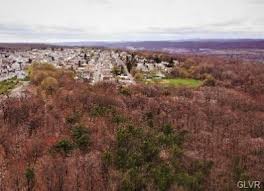 Check out the official website for Summit Hill Borough

Summit Hill is a borough in Carbon County, Pennsylvania, United States. The population was 3,034 at the 2010 census.[3] The hamlet has a storied history as the western terminus of the United States' second operational railway, the Mauch Chunk & Summit Hill Railway, and some of the earliest coal mines developed in North America, where the Lehigh Coal Mining Company began mining in 1792, establishing the town as little more than a mining camp with stables and paddocks.

History
Anthracite coal was discovered on the ridgeline of Sharpe Mountain (now known as Pisgah Mountain[5]) in 1791 by a hunter,[4] and news of the find led to the founding of the Lehigh Coal Mining Company in 1792 which began exploring the area in earnest and buying up promising land. Coal was found in 1794 by Phillip Ginter[6] along the northeast-to-southwest-running ridgeline of Pisgah Mountain lying several hundred feet below the ridge on the north slope in an area that became the boroughs of Summit Hill and Lansford.

The Summit Hill High School was added to the National Register of Historic Places in 2001.

Geography
Summit Hill is located in western Carbon County at 40°49′39″N 75°51′57″W (40.827420, -75.865892).[8] The main development of the borough is on the crest of Pisgah Mountain, but the borough limits extend north to the ridgecrest of Nesquehoning Mountain, south to the far side of Mauch Chunk Ridge, and east to cover most of Mauch Chunk Lake. Also on the northern border is the borough of Lansford, while Tamaqua in Schuylkill County is on the western border.

Summit Hill is part of the Panther Valley School District, along with the neighboring towns of Lansford, Nesquehoning and Coaldale (Coaldale is located in Schuylkill County).