Palmerton is a borough in Carbon County, Pennsylvania

The history of Palmerton is generally considered to have begun in 1898. In that year, the New Jersey Zinc Company located a zinc smelting operation (what is now the West Plant) here in order to take advantage of the anthracite coal being mined just north of Palmerton, and the zinc mines in Franklin, New Jersey. The town was named after New Jersey Zinc's then-President, Stephen S. Palmer, though Palmer was reportedly not pleased with having his name linked to the town. 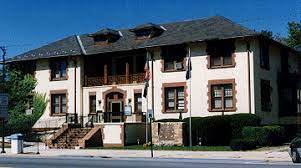 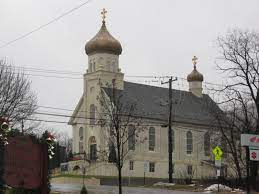 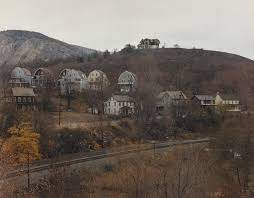 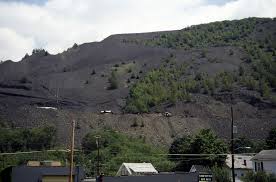 Palmerton is a borough in Carbon County, Pennsylvania, United States. It is located in the Coal Region of the state. It is a part of lower Carbon County, which is considered part of the Lehigh Valley by some. The borough's population was 5,414 at the 2010 census.

History
Native Americans lived in the area that is now Palmerton for many years. Early European settlers established the villages of Hazard and Little Gap, which were part of Lower Towamensing Township. There was also an Underground Railroad station there. Palmerton was officially incorporated in 1912.

In 1912, the New Jersey Zinc Company located a Zinc smelting operation (now the West Plant) here, in order to take advantage of the anthracite coal being mined just north of Palmerton and the zinc mines in Franklin, New Jersey. The town was named after New Jersey Zinc's then-President, Stephen S. Palmer, though Palmer was reportedly not pleased with having his name on the town.

A second location, the East Plant, was established on the other side of town in 1911. Though other industries, such as several garment manufacturing shops, came to Palmerton, the zinc company was the major employer for most of the town's history. Much of the population came to the site, principally from Eastern Europe, in order to work in the zinc plants.

Zinc smelting was ended in 1980 due to a poor zinc market and environmental regulation. The West Plant was demolished in 2010. The East Plant continues to operate at reduced capacity, processing electric arc furnace dust into zinc calcine.

The Palmer House, a five-story Senior Citizens residence at 360 Delaware Avenue is on the site of the former Palm Theater.

The Palmerton Historic District, covering the downtown area, was added to the National Register of Historic Places on January 19, 2018.

The borough is located 3 miles (5 km) east of Bowmanstown and 5 miles (8 km) north of the twin towns of Walnutport and Slatington, 7 miles (11 km) southeast of Lehighton, and 58 miles (93 km) south of the city of Scranton. Palmerton's elevation is 407 feet (124 m) above sea level.

The layout of Palmerton's streets and alleys is extremely regular, because most of the town was planned and built by the New Jersey Zinc Company. Avenues, which run east to west, contain the majority of addresses and are named for colleges and universities. Streets, running perpendicular, are numbered from First Street in the west to Eighth Street in the east. Most of the houses in the central and southern parts of town (near the zinc plants) are "doubles"—one building divided down the center into two residences.

Palmerton borough residents may also apply to attend any of the Commonwealth's 13 public cyber charter schools (in 2016) at no additional cost to the parents. The resident’s public school district is required to pay the charter school and cyber charter school tuition for residents who attend these public schools. The tuition rate that Palmerton Area School District must pay was $8,637.25 in 2015.[25] By Commonwealth law, if the District provides transportation for its own students, then the District must provide transportation to any school that lies within 10 miles of its borders. Residents may also seek admission for their school aged child to any other public school district. When accepted for admission, the student's parents are responsible for paying an annual tuition fee set by the Pennsylvania Department of Education.

Carbon-Lehigh Intermediate Unit #21 provides a wide variety of services to children living in its region which includes Palmerton borough. Early screening, special education services, speech and hearing therapy, autistic support, preschool classes and many other services like driver education are available. Services for children during the preschool years are provided without cost to their families when the child is determined to meet eligibility requirements. Intermediate units receive taxpayer funding: through subsidies paid by member school districts; through direct charges to users for some services; through the successful application for state and federal competitive grants and through private grants.