Lower Towamensing Township is a township in Carbon County, Pennsylvania

This township lies on the south border of the county, and is bounded on the south by the Blue Ridge or Kittatinny Mountains and Northampton County, on the east by Monroe County, on the north by Franklin and Towamensing townships, and on the west by Lehigh River and East Penn township.

The principal stream within its limits is the Aquashicola, which rises in Monroe County, flows easterly along the base of the Blue Ridge, and enters the Lehigh at Lehigh Gap.

The Township was set off from Towamensing with its present territories between November, 1840 and March, 1841, as in that month the name of Lower Towamensing is first found in official records of Northampton County. 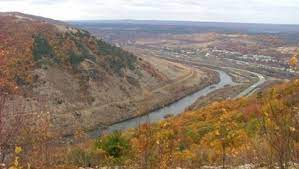 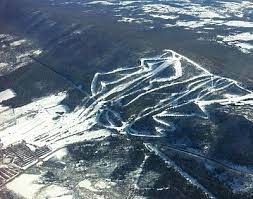 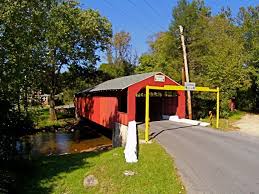 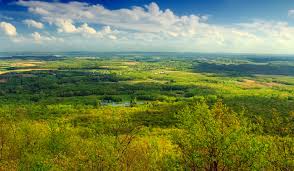 Lower Towamensing Township is a township in Carbon County, Pennsylvania, United States. The Delaware Peoples name is eponymous and was once applied by the natives to the whole region[3] of Carbon County and bits of the Poconos to the north (Luzerne County) and to Schuylkill County (southwest). The population was 3,228 at the 2010 census.

History
The Aquashicola Volunteer Fire Department has provided service in the township for many years. The Little Gap Covered Bridge was added to the National Register of Historic Places in 1980.

Geography
The township is in southeastern Carbon County and is bordered by Northampton County to the south and Monroe County to the east. According to the United States Census Bureau, the township has a total area of 21.30 square miles (55.17 km2), of which 21.25 square miles (55.05 km2) is land and 0.05 square miles (0.12 km2), or 0.21%, is water.[4] It is drained by tributaries (Aquashicola Creek, etc.) of the Lehigh River which separates it from East Penn Township, and its southern geographic boundary is Blue Mountain.

Villages in the township include Aquashicola (locally pronounced "ack-wa-SHIK-la"), Christian Corner, Hazard, and Little Gap (which hosts the Blue Mountain Ski Area). Pennsylvania Route 248 passes through the westernmost parts of the township, following the Lehigh River, and connects Lehighton to the northwest with the Allentown–Bethlehem area to south, as well as having nearby interchanges in Palmerton and Bowmanstown.

Climate
The township has a humid continental climate (Dfa/Dfb) and the hardiness zone is 6a except along the river and the Aquashicola Creek where it is 6b. Average monthly temperatures in Aquashicola range from 28.3° F in January to 73.3° F in July.

There were 1,207 households out of which 31.0% had children under the age of 18 living with them, 64.0% were married couples living together, 7.0% had a female householder with no husband present, and 25.4% were non-families. 19.2% of all households were made up of individuals and 8.7% had someone living alone who was 65 years of age or older. The average household size was 2.61 and the average family size was 2.99.