Kidder Township is a township in Carbon County, Pennsylvania

Kidder Township covers 70-square miles of beautifully wooded terrain in the northern tip of Carbon County. The Township encircles Hickory Run State Park and has thousands of acres of Pennsylvania State Game Lands which provide excellent camping, hiking, cross country skiing and hunting.  The many resorts within Kidder Township offer facilities for conventions, ski slopes, golf courses and lakes for boating and fishing so there is something for everyone year round. Kidder Township is a zoned community that consists primarily of vacation and seasonal homes from small rustic A-frames to large glass fronted contemporaries suitable for executive entertaining. 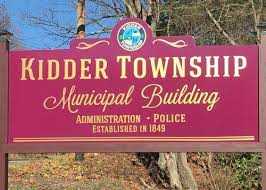 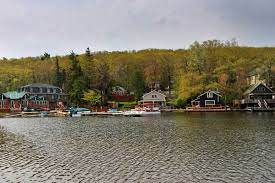 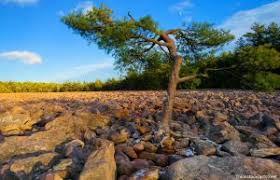 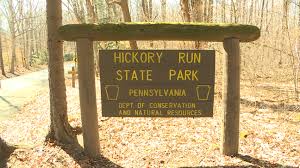 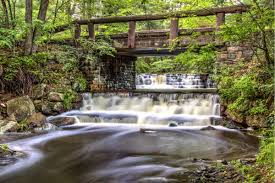 History
On October 10, 1888, a train wreck known as the Mud Run Disaster occurred on the Lehigh Valley Railroad which runs through the township. 66 people were killed, most members of the Total Abstinence Union returning from a rally.

Geography
Kidder Township occupies the northern end of Carbon County and is bordered by Luzerne County to the north and west and by Monroe County to the east. It is drained by the Lehigh River, which separates it from Luzerne County. Tobyhanna Creek, a tributary of the Lehigh, forms the northern half of the township's eastern border. Its villages include Albrightsville (also in Penn Forest Township), Hickory Run, Lake Harmony, Lehigh Tannery, Leonardsville/Pocono Mountain Lake Estates, and Split Rock. Albrightsville is a census-designated place as is Holiday Pocono within Kidder.

Kidder's numbered roads include Interstate 80 and the parallel Pennsylvania Route 940 east-to-west and Interstate 476, which is north-to-south and has the Pocono Interchange in the township with the former two. Route 903 crosses the southeast portion of Kidder on its way between Jim Thorpe and Route 115 just beyond the Monroe County line. Route 534 intersects 903 in Albrightsville and proceeds northwest to meet 80 and 940. Kidder has one more important road, which connects 903 and 940 via Lake Harmony and Split Rock. The portion between Split Rock and 940, Mosey Wood Road, is a private toll road operated by Vacation Charters Limited, and the portion south to 903 is Lake Drive.

Climate
The township has a warm-summer humid continental climate (Dfb) and the hardiness zone is mostly 5b except for a little 6a along Mud Run and the Lehigh River. The average monthly temperatures at the Pocono interchange of the Turnpike range from 22.9° F in January to 68.3° F in July.

There were 498 households, out of which 21.5% had children under the age of 18 living with them, 57.4% were married couples living together, 7.4% had a female householder with no husband present, and 30.3% were non-families. 25.3% of all households were made up of individuals, and 8.6% had someone living alone who was 65 years of age or older. The average household size was 2.28 and the average family size was 2.69.