Beaver Meadows is a borough in Carbon County, Pennsylvania

The town of Beaver Meadows began as a recognizable and describable 'landmark' — a meadow where beaver dams dotted the landscape — along a well-known Amerindian Trail, known as the "Warriors' Path", and later as well-known as the trail used by Moravian Missionaries traveling between Berwick and Bethlehem, then became known as a toll gate/rest stop along the Lehigh and Susquehanna Turnpike, a bridle trail and wagon road chartered in 1804 from Jean's Run near the mouth of Nesquehoning Creek on the Lehigh River in the hamlet and township of Lausanne about nine miles south on the other side of Broad Mountain. In the 1790s a large tract of land was registered in the name of tbdl and a few farm houses dotted the valley until in 1812, anthracite coal was discovered in the vicinity of Junedale, a bedroom suburb neighborhood a 1.33 miles (2.14 km) west of Beaver Meadows proper. 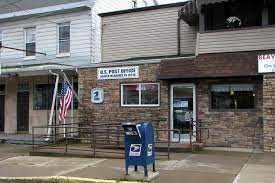 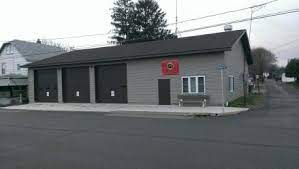 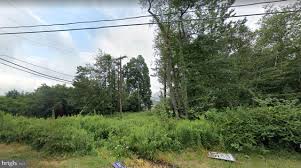 Check out the official website for Beaver Meadows Borough

Beaver Meadows is a borough in Carbon County, Pennsylvania, United States. The population was 869 at the 2010 United States Census.

In 1812, the secrets of burning anthracite were mostly yet to be discovered, revealed, and promoted (widely publicized) by Josiah White and Erskine Hazard but blacksmiths were several decades into knowing how to use it as an auxiliary fuel to complement bituminous or charcoal in forge fires, so by 1813 a modest pit mine was opened to provide coal for Berwick and Bloomington. The settlement's first dwelling was built in 1804 of logs. The first houses were built along the main thoroughfare, today's Broad Street east of the junction between Berwick St. (the continuation of the turnpike and Rt-93 to Hazelton) and Main St. westwards to Junedale, Tresckow, and Tamaqua.

Nathan Beach discovered coal in 1812, and opened a 'quarry' (pit mine) in 1813, shipping his coal initially west by wagon to Berwick and Bloomsburg over the Berwick-Nescopeck Toll Bridge. With road improvements, he was able to ship his coal to Lausanne Landing where arks were being built by the Lehigh Coal Mine Company and coal could be transported to Philadelphia. In 1817, stymied by the slow movements of the Schuylkill Canal board of directors, White and Hazard began the improvements making the one-way Lehigh Navigations in 1818, and travel Lehigh River downstream grew steadily safer. By the end of 1820 the new Lehigh Canal, as yet rough and unfinished, nonetheless enabled a record 365 long-tons to be shipped to Philadelphia. By 1823 steady shipments allowed self-funding and the canal was being re-engineered and a gradual conversion begun into a system with two-way locks; its success in providing the affordable fuel to meet the young nation's energy demands, the Erie Canal opening, followed by the news of railroad events in Britain in 1825 began whole chains of events spurring industrial production and railroads.

In 1826 Colonel William H. Wilson moved to the town and built a tavern. In 1831 James Lamison became citizen No. 3 and also opened a tavern.[5] By that time the Beaver Meadow Railroad and Coal Company had been formed and was subscribing stock. It was chartered on April 13, 1830, and the industrial revolution was about to begin using Beaver Meadows as a center. The company laid tracks down the valleys from Beaver and Black Creeks, the tributaries dumped into the Lehigh below and near Penn Haven Junction where the railroad expected to ship to the Lehigh Canal. At the time, the Room Run Railroad was occupying space assumed free by the Beaver Meadows planners assumptions, for in 1830 operating managers Josiah White & Erskine Hazard of the Lehigh Coal & Navigation Company (LC&N Co.) were opening new mines (freed now of immediate or further improvement needs of the Lehigh Canal or the Summit Hill and Mauch Chunk Railroad) in the area of what is now Nesquehoning and building a two-mile funicular railway called the Room Run or Rhume Run Railroad to increase volume shipped by the company. Hence the two railroads were to contend for the same space. At one point both companies put armed men into the field, but an amicable settlement was reached but for a rate dispute to break out. This resulted in a resolve to build the railroad all the way to Easton, but a deal was reached after the railroad reached past Mauch Chunk to Parryville, Pennsylvania, where auxiliary barge loading facilities were built.

The earliest settlement in Banks township [of 1886] was made in that portion which was in 1897 set off to form the borough of Beaver Meadow. The township was contained within the territory of Lausanne until January, 1842, when it was separately organized, being named in honor of Judge Banks, then on the bench of Northampton county, of which Carbon formed a part until 1843.

— Brenckman, History of Carbon County, Chapter XIII. 1884, 1913 ed.
The Beaver Meadow Railroad & Coal Company bought 200 acres (81 ha) and subcontracted coal operations to A.H. VanCleve and Co. opening their own mines. By 1833 they began local operations and construction of the railway along the surveyed right of way. Getting strong-armed by LC&N Co., the company got a change in charter and continued downstream along the Lehigh until LC&N Co. blinked and granted acceptable shipping rate terms.[6] In 1835 they contracted for the first wood-burning steam locomotives to operate in Northampton and Carbon counties, which began operations in 1836. They also demonstrated that a railroad could be built over 30 miles through mountainous country. The Beaver Meadow Railroad became an operational success, and an inspiration. In 1846 investors began the “Delaware, Lehigh, Schuylkill and Susquehanna Railroad Company” to link New York Harbor at Jersey City via New Jersey to the Susquehanna and then the great lakes via a line across the Delaware and up the Lehigh. They were successful; this was the start of the Lehigh Valley Railroad, whose oldest parts were the Beaver Meadows Railroad, it absorbed in 1866.

Beaver Meadows is located in northwestern Carbon County at 40°55′42″N 75°54′46″W (40.928438, -75.912787) along Beaver Creek,[4] amidst a historic transportation corridor dating back to Amerindian Trails through the wilderness area known to the Amerindians as "The Great Swamp". The Great Swamp was part of a vastly greater wilderness once known as “St. Anthony’s Wilderness” and by the Amerindians, the “Towamensing” being an Indian word for “wilderness”— a vast pinewood forest and boggy swamp-plagued valleys watered by springs and mountain creeks such as Quakake Creek, Beaver Creek, Hazel Creek and others from the surrounding mountains. The Amerindians applied the term, “Towamensing” to the entire frontier area above the Blue Mountain Ridge, which while a valued hunting territory was considered less favorable to Indian settlements.

Beaver Meadow is at an elevation of 1,598 feet (487 m) above sea level in the valley of Beaver Creek, north of Spring Mountain, part of the Ridge-and-Valley Appalachians. According to the United States Census Bureau, the borough has a total area of 0.26 square miles (0.67 km2), all of it land.

In 1752, the lands of Carbon County and Beaver Meadows area were part of Northampton County, one of the three original counties of Pennsylvania, a county as big as New Jersey. the 1790s Warrior's Path was widened into a cart road some called the Lausanne-Nescopeck Road as Moravians increased their connections with the St. John's settlement in the Nescopeck Creek valley. In 1804 business interests desiring to ship timber to energy-hungry settlements raised money for a wagon road that could support timber sledges in winter snows, and the Lehigh and Susquehanna Turnpike was chartered, which is now closely followed by Pennsylvania Route 93 through the borough from over Broad Mountain at Nesquehoning, leading northwest 4 miles (6 km) to Hazleton and southeast 9 miles (14 km) to U.S. Route 209 in Nesquehoning. Weatherly is 4 miles (6 km) to the east via Spring Mountain Road, where Beaver Creek ends in confluence with Hazel Creek begating Black Creek.

In 1800, Lausanne was created to provide local government for what is essentially all of Carbon County today: the eventual townships of East Penn, Lausanne, Mahoning, Banks, Towamensing, Lower Towamensing and Penn Forest; Pennsylvania townships being the most rural of organized municipal governments under the commonwealth constitution. In 1826 Mauch Chunk and other townships were split out of Lausanne and the center of that township was moved northwards. In 1843 Banks Township was organized, and incorporated the small settlement of Beaver Meadows within its larger girth.

There were 404 households, out of which 24.8% had children under the age of 18 living with them, 46.0% were married couples living together, 10.4% had a female householder with no husband present, and 36.1% were non-families. 33.2% of all households were made up of individuals, and 17.1% had someone living alone who was 65 years of age or older. The average household size was 2.39 and the average family size was 3.04.